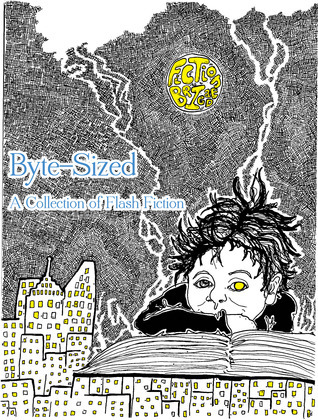 Byte-Sized: A Collection of Flash Fiction

3.08
24 ratings5 reviews
Rate this book
Byte-sized stories at your fingertips. From cheeky babies, to burning neighborhoods, to government experiments gone awry, this collection of 24 flash fiction stories can give you your fiction fix in a pinch.

What Is Flash Fiction?

Flash fiction is short form stories that can be told in 50-1500 words. Also art, according to FictionBrigade. It's a genre of its own. Not poetry, not quite short stories, but delightful slices of life that can each be read in one sitting.

FictionBrigade is a digital publisher of flash fiction ebook collections. We like literary, romance and erotica, sci-fi and fantasy, experimental, and horror fiction. Read more at our website, http://fictionbrigade.com 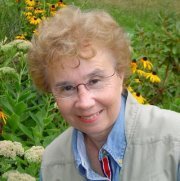 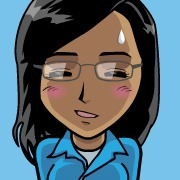 Rose
1,854 reviews1,047 followers
February 23, 2013
"Byte-Sized" is a collection of various pieces of flash fiction from an assortment of various authors. I wish I could say that I loved this compilation, but there were really only a few stories that really caught my eye in this particular compilation. Most of the stories were weird or underdeveloped and didn't really catch my eye, nor my sentiments with them, but there were definitely three that I really enjoyed and don't mind sharing my reflections upon.

My favorite piece was, by far, "A Tree Grows in the Subway" by Diana Peterson. I honestly didn't know that the writer worked on NBC's "Life" or "The Good Wife" as far as her background was concerned, but the story is about a tree that suddenly appears in the subway, starting from the perspective of a little boy and then branching (no pun intended) out to a group of curious onlookers and spectators. The tree starts as a leaf and grows to the point where it impedes travel, but then it recedes in quite a rather beautiful depiction of imagery given in the author's prose. This is the kind of quality I expect in flash fiction and I loved how the story drew me in, just as curious as the people gazing upon the tree.

Another story I really enjoyed was "Tying Up Loose Ends" by Diane Brenner. This story was actually rather interesting in a two fold way. First we're introduced to a little old lady who pushes a man in front of an oncoming subway and he dies. o_O Now I know what you're thinking - "That's messed up and morbid", but it was a Dexter-esque story considering this lady had been at work doing a string of vigilante killings for criminals who deserved it and were getting away for their crimes. All of this while the lady doesn't have much time to live and (with the subway man's death) had just committed her last crime. There was a nice twist at the end to the lady's identity as well.

The last story ranking among my favorites in this compilation was MUNI 19, Tuesday, 7:45 AM, by Jennifer Virskus, which tells of a random encounter between a man and a fourth grade boy. I found it rather amusing considering it depicts the exchange from the man's perspective and then shows the exact same scenario from the perspective of the boy. I found their internal dialogues to be funny.

Honorable mentions go to "Under a Meteor Shower" by Ben Bellizzi and "Pine Field" by Jean Medeiros, who both drew me into their respective narratives, the former of a speaker witnessing a meteor shower, the latter depicting a young protagonist being abducted by an odd party.

The remaining stories were of variable quality, and while I think some may find enjoyment with them, I wasn't necessarily taken or drawn into them as much as I would've liked for the flash fiction pieces. Still, it was worth reading and I would encourage people to check the compilation out for what it's worth.

Note: I received this as an ARC from NetGalley, from the publisher FictionBrigade.

Byte-sized: A Collection of Flash Fiction

An Odd Partnership by Janice Abel
It’s a Gift by Erik Adams
Under a Meteor Shower by Ben Bellizzi
A Cubist Painting by Thor Benson
Tying Up Loose Ends by Diane Brenner
Luminous by Terra Brigando
The Baby Wants by Michael Canterino
The Soldier’s Song by Leonard Crosby
Motherhood: A Tragedy by Marci Daniels
Rats by Dustin Davenport
WOULDA-COULDA-SHOULDA by Aaron DeLee
What Dad Would Have Wanted by Nick Harmon
Christmas, Florida by Kevin Lichty
Blessing by Susi Lovell
Getting the Toast by Joshua Mark
Subject Two by Kyle Martinez
Pine Field by Jean Medeiros
The Sticker Book by Jesse Morse
A Tree Grows in the Subway by Diana Peterson
Take Two by Randall Preston
Where Are You Going? by Ryan Taft
Manhattan Couple by Ling E. Teo
MUNI 19, Tuesday, 7:45 a.m. by Jennifer Virakus
Fading Shadow by Pavelle Wesser
my hard work to save you by Eleanor Bennett
Luscious: A Flash Fiction Collection of Sex and Relationships

Blue-Ribbon Dinner by Erik Adams
Passion Fruit by Gail Aldwin
The She in Him by Josphine Atieno
Thin Walls by James Blanchet
Model of Life by Paul Blumer
Three by K.I. Borrowman
The Only Time I’ll Tell You Not to Cum by Danielle Campoamor
Happy Birthday to Me by Nancy Hall
The Contract by Jackie Heffron
The Entanglements of Possession by Elizabeth King
First Cut by Maude Larke
Like Chlorine and Night by Rich Larson
Black Curls by Tony Lindsey
Near Miss by Dennis McKay
Dry by Diana Peterson
Magic Johnson’s, TBP, and Frisky Doins by Preston Randall
Fantasy Woman by Wayne Scheer
Picturing Her Essence by Alison Thalhammer
The ‘B’s Knees by Nathaniel Tower
Dear Susan by Justin Zipprich
Madman on Fire by Ronald Koppelberger

As a self-published writer, I support indy material of all sorts. For example, I grew up listening to thrash/speed metal marketed by small labels like Megaforce (early Metallica and Anthrax, before and during the WEA distribution deal of the 1980's), Combat (early Megadeth and Exodus) and Enigma (early Stryper and Poison) to name a few. As a matter of fact, I still listen to such music like the Lords of Acid (defunct Antler-Subway, now on Metropolis), KMFDM (defunct Wax Trax!, bought by the defunct TVT, now on Metropolis — what a coincidence), The Birthday Masacre (also on Metropolis), I:Scintilla (Alfa Matrix) and Korpiklanni (Nuclear Blast) to name a few. Further more, some of the best movies I’ve watched are indies like The Girl from Monday (2005), Repeaters (2010), Wir sind die Nacht (2010), Dnevnoy dozor (2006), among many others.

As such, it bothers me to admit that I can’t say that I liked all of these stories. I found some of these stories incomplete, a good idea for the development of a second part, but there were no sequels, as in “Rats” by Dustin Michael-Edward Davenport.

“He gave it about ten more minutes, three, four blocks out of his way, but the wind was getting colder, a little rain started falling, and so he finally gave up and went back to the house.
His roommate woke up when the door closed and asked what was going on.
Malcolm shook up the sediments in the juice, and said, ‘Nothing. Go back to bed.’”

In the other hand, one of favorites is “The Baby Wants” by Michael Canterino, in which a baby girl asks her older brother (Matt) for beer and cigarettes. How twisted is that?

The second book, which noted by its name, is an unpoligetic collection of sex stories covering various taboos like prison rape, as in “The She in Him” by Josphine Atieno.

“They took him to the side of prison facing the sea. The floating restaurant glowed in little candle flames. A distant sound of afro-fusion music playing above the river thrusting in rhythm with Tuesday’s royal air, at times drowning and rising in the sea wind could be heard.
The events that preceded the initial shock of the appalling breath taking scenery were horrifying.
‘I will get you for this some day!’ His scream was drowned by the wind. Paul ran out of energy and breath, he could not cry, he just lay there moaning. Moaning out of pain, not the abuse. They alternated and as the other filled their carnal longings, the others were laughing their hearts out.”

Some stories are simply sexual for the fun of it (almost cliché), as in “Thin Walls” by Jim Blanchet,

“Abby is different. She is genuine and effortlessly pretty to a point that makes me nervous. It is not easy for a guy like me, but I manage to strike up a conversation with her every few days. If I can keep from getting too nervous, I can talk for about three minutes without making a fool of myself.”

“Picturing Her Essence” by Alison Thalhammer,

“I entered her. Soft and warm. Welcoming. Effortless pleasure. Connection almost too intense.
A drop of my sweat fell onto her chest, rolling down her stomach. The lights still boiling above us.
I pushed in a little deeper. She exhaled silently, then breathed in a reverse sigh. Arching her back. The bead of sweat rolled off to the side, onto already wet sheets.
She pulled my face close to hers. Fingers through my hair. Wiry legs wrapped around my back.
Sinking into the concave she formed. I thrust. Her body shuddered. My mind shuttered.”

among others for a quick fantasy.
S
70 reviews
August 5, 2016
I thought I would love these stories, but I found them mainly just meh. Several of the stories seemed to be not as developed as they could have been, and I wasn't fond of the story lines of others.