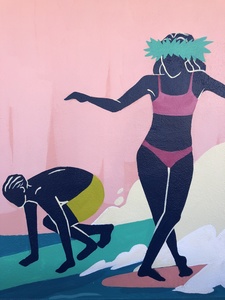 This will prevent Robert from sending you messages, friend request or from viewing your profile. They will not be notified. Comments on discussion boards from them will be hidden by default.
Sign in to Goodreads to learn more about Robert.

“Imperial is like Robert Caro’s The Power Broker with the attitude of Mike Davis’s City of Quartz, if Robert Caro had been raised in an abandoned grain silo by a band of feral raccoons, and if Mike Davis were the communications director of a heavily armed libertarian survivalist cult, and if the two of them had somehow managed to stitch John McPhee’s cortex onto the brain of a Gila monster, which they then sent to the Mexican border to conduct ten years of immersive research, and also if they wrote the entire manuscript on dried banana leaves with a toucan beak dipped in hobo blood, and then the book was line-edited during a 36-hour peyote séance by the ghosts of John Steinbeck, Jack London, and Sinclair Lewis, with 200 pages of endnotes faxed over by Henry David Thoreau’s great-great-great-great grandson from a concrete bunker under a toxic pond behind a maquiladora, and if at the last minute Herman Melville threw up all over the manuscript, rendering it illegible, so it had to be re-created from memory by a community-theater actor doing his best impression of Jack Kerouac. With photographs by Dorothea Lange. (Viking has my full blessing to use that as a blurb.)”
― Sam Anderson - NY Magazine
tags: imperial, ny-magazine, sam-anderson, william-t-vollman
3 likes

Polls voted on by Robert