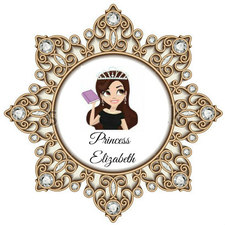 “You have brains in your head. You have feet in your shoes. You can steer yourself any direction you choose. You're on your own. And you know what you know. And YOU are the one who'll decide where to go...”
― Dr. Seuss, Oh, the Places You'll Go!
tags: inspirational
33441 likes

“A day without sunshine is like, you know, night.”
― Steve Martin
tags: humor, obvious, simile
34780 likes

“Because I’ve seen that exact same tortured face before.” His eyes darted to the side, and he swallowed thickly. With a slight shake of his head, he mumbled, “I still can’t believe how much you look like him now.” “I know.” I sighed, but couldn’t even begin to imagine what he was seeing when he looked at me. Because even though pictures helped tell a story, they would never be the same as the real thing, and the guy he was talking about had died before I was born.”
― Anonymous
0 likes

Kahlen Aymes
author of: The Future of Our Past