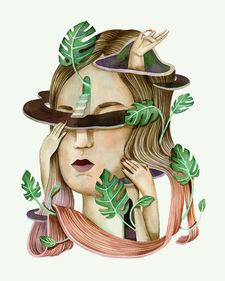 This will prevent AGamble from sending you messages, friend request or from viewing your profile. They will not be notified. Comments on discussion boards from them will be hidden by default.
Sign in to Goodreads to learn more about AGamble.

AGamble is currently reading
And Then There Were None
by Agatha Christie
bookshelves: mystery, currently-reading

AGamble is currently reading
Fleishman Is in Trouble
by Taffy Brodesser-Akner
bookshelves: currently-reading

See all 15 books that AGamble is reading…

“Everybody is going to be what they are, and whatever they are, there's not going to be anything to apologize about.”
― Tom Wolfe
96 likes

“Leaving New Orleans also frightened me considerably. Outside of the city limits the heart of darkness, the true wasteland begins.”
― John Kennedy Toole, A Confederacy of Dunces
tags: new-orleans
82 likes

“You take what you're given, whether it's the cornfields of the Midwest or the coal mines of West Virginia, and you make your fiction out of it. It's all you have. And somehow, wherever you are, it always seems to be enough.”
― Larry Brown
15 likes

“We cross our bridges when we come to them and burn them behind us, with nothing to show for our progress except a memory of the smell of smoke, and a presumption that once our eyes watered.”
― Tom Stoppard, Rosencrantz and Guildenstern are Dead
tags: stoppard
1055 likes

A U. S. of modern A. where the State is not a team or a code, but a sort of sloppy intersection of desires and fears, where the only public consensus a boy must surrender to is the acknowledged primacy of straight-line pursuing this flat and short-sighted idea of personal happiness.”
― David Foster Wallace

Milan Kundera
author of: The Unbearable Lightness of Being

Harry Crews
author of: A Feast of Snakes

William Faulkner
author of: The Sound and the Fury

Polls voted on by AGamble