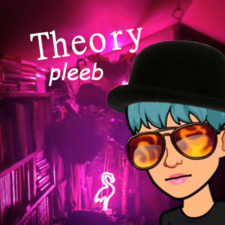 This will prevent Theory from sending you messages, friend request or from viewing your profile. They will not be notified. Comments on discussion boards from them will be hidden by default.
Sign in to Goodreads to learn more about Theory.

“To describe someone as a “criminal” is both to mark that person with a terrifying permanent character trait and simultaneously to place the person outside the circle of “us.” They are criminals. We make mistakes.”
― Jason Stanley, How Fascism Works: The Politics of Us and Them
9 likes

“In the United States, the two-party system works as a way to manufacture an artificial group identity, akin to an ethnic or national one or an allegiance to a sports team. Part of the identity seems to consist in allegiance to certain conclusions on a range of “hot button” political issues. On those issues, political party affiliation does seem to result in rigidly held belief and loyalty in the voting booth. Allegiance to the group identity forged by political party affiliation renders Americans blind to the essential similarities between the agendas of the two parties, similarities that can be expected to be exactly the ones that run counter to public interest, in other words, those interests of the deep-pocketed backers of elections to which any politician must be subservient in order to raise the kind of money necessary to run for national office. Satisfaction at having one’s group “win” seems to override the clearly present fundamental dissatisfaction with the lack of genuine policy options.33 If the function of the two parties is to hide the fact that the basic agenda of both is shared, and irrational adherence to one of the two parties is used propagandistically to mask their fundamental overlap, then we can see how Burnham’s prediction may have come to pass, despite the existence of two distinct political parties.”
― Jason Stanley, How Propaganda Works
5 likes

Polls voted on by Theory