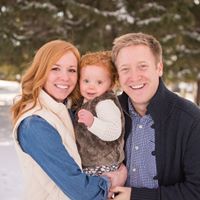 This will prevent Austen from sending you messages, friend request or from viewing your profile. They will not be notified. Comments on discussion boards from them will be hidden by default.
Sign in to Goodreads to learn more about Austen.

Austen Allred is currently reading
Daring Greatly: How the Courage to Be Vulnerable Transforms the Way We Live, Love, Parent, and Lead
by Brené Brown (Goodreads Author)
bookshelves: currently-reading

The Players Ball: A Genius, a Con Man, and the Secret History of the Internet's Rise by David Kushner
8 highlights
Kremen’s mind had a way of racing ahead; perhaps it was undiagnosed attention deficit disorder, but it felt like he couldn’t keep internally still.
See Austen Allred’s 71 books with notes and highlights…

“Most people make the mistake of thinking design is what it [a product] looks like. People think it’s this veneer—that the designers are handed this box and told, “Make it look good!” That’s not what we think design is. It’s not just what it looks like and feels like. Design is how it works.”
― Ken Kocienda, Creative Selection: Inside Apple's Design Process During the Golden Age of Steve Jobs
0 likes

“Taste is developing a refined sense of judgment and finding the balance that produces a pleasing and integrated whole.”
― Ken Kocienda, Creative Selection: Inside Apple's Design Process During the Golden Age of Steve Jobs
2 likes

“The third worry of the pointy-haired boss, the difficulty of hiring programmers, I think is a red herring. How many hackers do you need to hire, after all? Surely by now we all know that software is best developed by teams of less than ten people. And you shouldn’t have trouble hiring hackers on that scale for any language anyone has ever heard of. If you can’t find ten Lisp hackers, then your company is probably based in the wrong city for developing software. In fact, choosing a more powerful language probably decreases the size of the team you need, because (a) if you use a more powerful language, you probably won’t need as many hackers, and (b) hackers who work in more advanced languages are likely to be smarter.”
― Paul Graham, Hackers and Painters: Big Ideas from the Computer Age
0 likes

“Alan was slow to learn that indistinct line that separated initiative from disobedience.”
― Walter Isaacson, The Innovators: How a Group of Inventors, Hackers, Geniuses, and Geeks Created the Digital Revolution
0 likes

“A better justification is that people can type on a smartphone QWERTY keyboard without thinking about it. The keyboard can melt away, it can recede, and when it does, it leaves a space for what people really care about.”
― Ken Kocienda, Creative Selection: Inside Apple's Design Process During the Golden Age of Steve Jobs
0 likes

Polls voted on by Austen