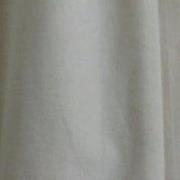 This will prevent Tiffany from sending you messages, friend request or from viewing your profile. They will not be notified. Comments on discussion boards from them will be hidden by default.
Sign in to Goodreads to learn more about Tiffany.

Tiffany is currently reading
Against the Day
by Thomas Pynchon
bookshelves: currently-reading

“There are times that a work exists for the sake of getting you to the next step, as a testing ground for ideas, for recognizing parts if your process that were theretofore unnoticed or undiscovered.”
― Carrie Brownstein, Hunger Makes Me a Modern Girl
0 likes

“The beauty of mind that Cerullo had from childhood didn’t find an outlet, Greco, and it has all ended up in her face, in her breasts, in her thighs, in her ass, places where it soon fades and it will be as if she had never had it.”
― Elena Ferrante, My Brilliant Friend
59 likes

“Worry is a way to pretend that you have knowledge or control over what you don't--and it surprises me, even in myself, how much we prefer ugly scenarios to the pure unknown.”
― Rebecca Solnit, A Field Guide to Getting Lost
112 likes

“At that moment I knew what the plebs were, much more clearly than when, years earlier, she had asked me. The plebs were us. The plebs were that fight for food and wine, that quarrel over who should be served first and better, that dirty floor on which the waiters clattered back and forth, those increasingly vulgar toasts. The plebs were my mother, who had drunk wine and now was leaning against my father’s shoulder, while he, serious, laughed, his mouth gaping, at the sexual allusions of the metal dealer. They were all laughing, even Lila, with the expression of one who has a role and will play it to the utmost.”
― Elena Ferrante, My Brilliant Friend
99 likes

Polls voted on by Tiffany