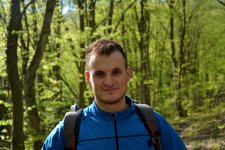 This will prevent Alex from sending you messages, friend request or from viewing your profile. They will not be notified. Comments on discussion boards from them will be hidden by default.
Sign in to Goodreads to learn more about Alex.

“Between stimulus and response there is a space. In that space is our power to choose our response. In our response lies our growth and our freedom.”
― Viktor E. Frankl
tags: behaviour, conscientiousness, frankl, freedom, growth, impulse, response, stimulus
130 likes

Alex hasn't connected with his friends on Goodreads, yet.

Polls voted on by Alex