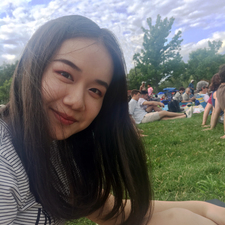 This will prevent Muyang from sending you messages, friend request or from viewing your profile. They will not be notified. Comments on discussion boards from them will be hidden by default.
Sign in to Goodreads to learn more about Muyang.

Muyang is currently reading
The Denial of Death
by Ernest Becker
bookshelves: currently-reading

“There is a mysterious cycle in human events. To some generations much is given. Of other generations much is expected. This generation of Americans has a rendezvous with destiny. In this world of ours in other lands, there are some people, who, in times past, have lived and fought for freedom, and seem to have grown too weary to carry on the fight. They have sold their heritage of freedom for the illusion of a living. They have yielded their democracy. I believe in my heart that only our success can stir their ancient hope. They begin to know that here in America we are waging a war against want and destitution and economic demoralization. It is more than that; it is a war for the survival of democracy. We are fighting to save a great and precious form of government for ourselves and for the world.”
― Franklin D. Roosevelt
10 likes

Polls voted on by Muyang