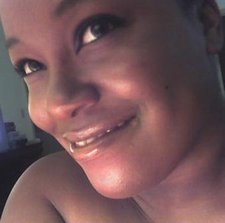 This will prevent Porsha from sending you messages, friend request or from viewing your profile. They will not be notified. Comments on discussion boards from them will be hidden by default.
Sign in to Goodreads to learn more about Porsha.

Porsha is currently reading
Norse Paganism For Beginners: Travel Back In The Past & Explore Norse Mythology, Folktales & Religion. The Complete Guide To The Fascinating History Of Vikings, Their Battles, Ásatrú & The Gods
by History Made Plain
bookshelves: currently-reading

See all 257 books that Porsha is reading…

“An expert is a person who has made all the mistakes that can be made in a very narrow field.”
― Niels Bohr
tags: science
3992 likes

“Consciousness was upon him before he could get out of the way.”
― Kingsley Amis
tags: consciousness
822 likes

“Whenever you find yourself on the side of the majority, it is time to reform (or pause and reflect).”
― Mark Twain
tags: individuality, majority, minority, pause, reflect, wisdom
43273 likes

“Never tell the truth to people who are not worthy of it.”
― Mark Twain
tags: truth
15917 likes

“It is not the critic who counts; not the man who points out how the strong man stumbles, or where the doer of deeds could have done them better. The credit belongs to the man who is actually in the arena, whose face is marred by dust and sweat and blood; who strives valiantly; who errs, who comes short again and again, because there is no effort without error and shortcoming; but who does actually strive to do the deeds; who knows great enthusiasms, the great devotions; who spends himself in a worthy cause; who at the best knows in the end the triumph of high achievement, and who at the worst, if he fails, at least fails while daring greatly, so that his place shall never be with those cold and timid souls who neither know victory nor defeat.”
― Theodore Roosevelt
tags: inspirational, politics, presidential
7440 likes

Bren fall in love with the sea.

Anne Rice
author of: Interview with the Vampire

Philippa Gregory
author of: The Other Boleyn Girl

Nancy A. Collins
author of: Sunglasses After Dark

Morgan Daimler
author of: The Morrigan: Meeting the Great Queens

Aine MacAodha
author of: Where The Three Rivers Meet
More…

Polls voted on by Porsha