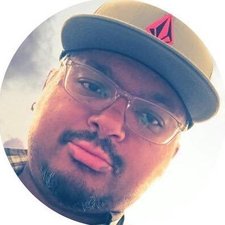 This will prevent Daman from sending you messages, friend request or from viewing your profile. They will not be notified. Comments on discussion boards from them will be hidden by default.
Sign in to Goodreads to learn more about Daman.

Daman is currently reading
Moby-Dick or, the Whale
by Herman Melville
bookshelves: currently-reading

Daman is currently reading
Small Is the New Big: and 183 Other Riffs, Rants, and Remarkable Business Ideas
by Seth Godin
bookshelves: currently-reading

Daman is currently reading
The Inner Game of Tennis: The Classic Guide to the Mental Side of Peak Performance
by W. Timothy Gallwey
bookshelves: currently-reading

See all 8 books that Daman is reading…

“If you believe yourself unfortunate because you have loved and lost, perish the thought. One who has loved truly, can never lose entirely.”
― Napoleon Hill
37 likes

“When we’re struggling, we don’t need a book in our hands. We need the right words in our minds. When things are tough, a mantra does more good than a manifesto.”
― Eric Greitens, Resilience: Hard-Won Wisdom for Living a Better Life
13 likes

“Lyor Cohen, who I consider my mentor, once told me something that he was told by a rabbi about the eight degrees of giving in Judaism. The seventh degree is giving anonymously, so you don't know who you're giving to, and the person on the receiving end doesn't know who gave. The value of that is that the person receiving doesn't have to feel some kind of obligation to the giver and the person giving isn't doing it with an ulterior motive. It's a way of putting the giver and receiver on the same level. It's a tough ideal to reach out for, but it does take away some of the patronizing and showboating that can go on with philanthropy in a capitalist system. The highest level of giving, the eight, is giving in a way that makes the receiver self-sufficient.”
― Jay-Z, Decoded
29 likes

“As to methods there may be a million and then some, but principles are few. The man who grasps principles can successfully select his own methods. The man who tries methods, ignoring principles, is sure to have trouble.”
― Harrington Emerson
tags: misattributed-waldo-emerson
57 likes

On the Shelf at Callahans — 5 members — last activity Jan 12, 2014 10:35PM
assorted folks and friends, fans of the Callahans books, alt.callahans, #callahans, among others

Polls voted on by Daman