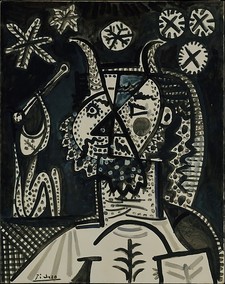 This will prevent Stéphane from sending you messages, friend request or from viewing your profile. They will not be notified. Comments on discussion boards from them will be hidden by default.
Sign in to Goodreads to learn more about Stéphane.

“Holding someone's hand was always my idea of joy. Often before falling asleep - in that small struggle not to lose consciousness and enter the greater world - often, before having the courage to go toward the greatness of sleep, I pretend that someone is holding my hand and I go, go toward the enormous absence of form that is sleep. And when even then I can't find the courage, then I dream.”
― Clarice Lispector, The Passion According to G.H.
53 likes

“I don’t know about birds
nor do I know the history of fire.
But I believe that my solitude should have wings”
― alejandra pizarnik
36 likes


A man worn down by time,
a man who does not even expect death
(the proofs of death are statistics
and everyone runs the risk
of being the first immortal),
a man who has learned to express thanks
for the days' modest alms:
sleep, routine, the taste of water,
an unsuspected etymology,
a Latin or Saxon verse,
the memory of a woman who left him
thirty years ago now
whom he can call to mind without bitterness,
a man who is aware that the present
is both future and oblivion,
a man who has betrayed
and has been betrayed,
may feel suddenly, when crossing the street,
a mysterious happiness
not coming from the side of hope
but from an ancient innocence,
from his own root or from some diffuse god.

He knows better than to look at it closely,
for there are reasons more terrible than tigers
which will prove to him
that wretchedness is his duty,
but he accepts humbly
this felicity, this glimmer.

Perhaps in death when the dust
is dust, we will be forever
this undecipherable root,
from which will grow forever,
serene or horrible,
or solitary heaven or hell.”
― Jorge Luis Borges
9 likes

Polls voted on by Stéphane