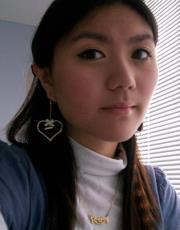 “The New York Daily News suggested that my biggest war crime was not killing myself like a gentleman. Presumably Hitler was a gentleman.”
― Kurt Vonnegut, Mother Night
tags: adolf-hitler, suicide
40 likes

“I have never seen a more sublime demonstration of the totalitarian mind, a mind which might be linked unto a system of gears where teeth have been filed off at random. Such snaggle-toothed thought machine, driven by a standard or even by a substandard libido, whirls with the jerky, noisy, gaudy pointlessness of a cuckoo clock in Hell.
The boss G-man concluded wrongly that there were no teeth on the gears in the mind of Jones. 'You're completely crazy,' he said.
Jones wasn't completely crazy. The dismaying thing about classic totalitarian mind is that any given gear, thought mutilated, will have at its circumference unbroken sequences of teeth that are immaculately maintained, that are exquisitely machined.
Hence the cuckoo clock in Hell - keeping perfect time for eight minutes and twenty-three seconds, jumping ahead fourteen minutes, keeping perfect time for six seconds, jumping ahead two seconds, keeping perfect time for two hours and one second, then jumping ahead a year.
The missing teeth, of course, are simple, obvious truths, truths available and comprehensible even to ten-year-olds, in most cases.
The wilful filling off a gear teeth, the wilful doing without certain obvious pieces of information -
That was how a household as contradictory as one composed of Jones, Father Keeley, Vice-Bundesfuehrer Krapptauer, and the Black Fuehrer could exist in relative harmony -
That was how my father-in-law could contain in one mind an indifference toward slave women and love fora a blue vase -
That was how Rudolf Hess, Commandant of Auschwitz, could alternate over the loudspeakers of Auschwitz great music and calls for corpse-carriers -
That was how Nazi Germany sense no important difference between civilization and hydrophobia -
That is the closest I can come to explaining the legions, the nations of lunatics I've seen in my time.”
― Kurt Vonnegut, Mother Night
47 likes

“My life had a tendency to spread, get flabby, to scroll and festoon like the frame of a baroque mirror, which came from following the line of least resistance. I wanted my death, by contrast, to be neat and simple, understated, even a little severe, like a Quaker church or the basic black dress with a single strand of pearls...”
― Margaret Atwood, Lady Oracle
6 likes

“And all the while, I suppose," he thought, "real people were living somewhere, and real things happening to them ...”
― Edith Wharton, The Age of Innocence
34 likes

Ursula K. Le Guin
author of: A Wizard of Earthsea