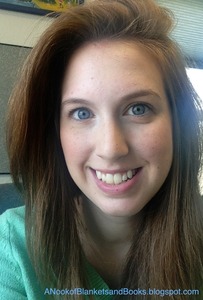 “As the tide washed in, the Dutch Tulip Man faced the Ocean:
"Conjoiner rejoinder poisoner concealer revelator. Look at it, rising up and rising down, taking everything with it."

"Water," the Dutchman said. "Well, and time.”
― John Green, The Fault in Our Stars

“Travel isn’t always pretty. It isn’t always comfortable. Sometimes it hurts, it even breaks your heart. But that’s okay. The journey changes you; it should change you. It leaves marks on your memory, on your consciousness, on your heart, and on your body. You take something with you. Hopefully, you leave something good behind.”
― Anthony Bourdain, No Reservations: Around the World on an Empty Stomach
193 likes

“Twenty years from now you will be more disappointed by the things that you didn't do than by the ones you did do. So throw off the bowlines. Sail away from the safe harbor. Catch the trade winds in your sails. Explore. Dream. Discover.”
― H. Jackson Brown Jr., P.S. I Love You
tags: actions, disappointed, disappointment, dream, dreams, explore, misattributed-mark-twain, sail
57804 likes

“Travel changes you. As you move through this life and this world you change things slightly, you leave marks behind, however small. And in return, life - and travel - leaves marks on you. Most of the time, those marks - on your body or on your heart - are beautiful. Often, though, they hurt.”
― Anthony Bourdain, The Nasty Bits: Collected Varietal Cuts, Usable Trim, Scraps, and Bones
294 likes

“If there was a religion of Annaism, and I had to tell you how humans made their way to Earth, it would go like this: In the beginning, there was nothing at all but the moon and the sun. And the moon wanted to come out during the day, but there was something so much brighter that seemed to fill up all those hours. The moon grew hungry, thinner and thinner, until she was just a slice of herself, and her tips were as sharp as a knife. By accident, because that is the way most things happen, she poked a hole in the night and out spilled a million stars, like a fountain of tears.

Horrified, the moon tried to swallow them up. And sometimes this worked, because she got fatter and rounder.. But mostly it didn't, because there were just so many. The stars kept coming, until they made the sky so bright that the sun got jealous. He invited the stars to his side of the world, where it was always bright. What he didn't tell them, though, was that in the daytime, they'd never be seen. So the stupid ones leaped from the sky to the ground, and they froze under the weight of their own foolishness.

Rick Kirkman
author of: Driving Under the Influence of Children: A Baby Blues Treasury
More…