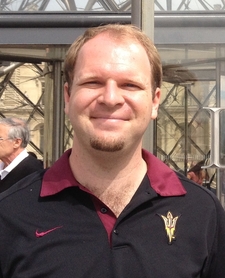 Brian Indrelunas is currently reading
This Town: Two Parties and a Funeral — plus plenty of valet parking! — in America’s Gilded Capital
by Mark Leibovich
bookshelves: currently-reading

See all 8 books that Brian is reading…

“We had all opted to take City's financial reporting course work, which, in theory, meant we wanted to write about stock prices and corporate takeovers. That, of course, was a joke. No one still in their twenties, and broke, goes into journalism to write about money—a subject in which they still have zero practical experience.”
― Chris Ayres, War Reporting for Cowards
tags: business, journalism
2 likes

“In the simple moral maxim the Marine Corps teaches

— no exception exists that says: unless there's criticism or risk. Damn the consequences.”
― Josh Rushing, Mission Al-Jazeera: Build a Bridge, Seek the Truth, Change the World

“The movies, I thought, have got the soundtrack to war all wrong. War isn't rock 'n' roll. It's got nothing to do with Jimi Hendrix or Richard Wagner. War is nursery rhymes and early Madonna tracks. War is the music from your childhood. Because war, when it's not making you kill or be killed, turns you into an infant. For the past eight days, I'd been living like a five-year-old — a nonexistence of daytime naps, mushy food, and lavatory breaks. My adult life was back in Los Angeles with my dirty dishes and credit card bills.”
― Chris Ayres, War Reporting for Cowards
tags: music, soundtrack, war
14 likes