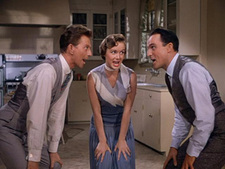 “Money doesn't mind if we say it's evil, it goes from strength to strength. It's a fiction, an addiction, and a tacit conspiracy.”
― Martin Amis, Money
45 likes

“Americans, though apparently impressed by ghastly sentimentality and outrageous hypocrisy, are by nature much more politically cynical than Canadians. In their longer history they have had much more to be cynical about. They demand a vulgar show, enjoy it, guffaw, and forget it the next morning. When a new U.S. President takes office all bets are off and his campaign platform is dismantled and stored away. ”
― Gordon Donaldson, Eighteen Men: The Prime Ministers Of Canada
tags: politics
16 likes

“Dixon was alive again. Consciousness was upon him before he could get out of the way; not for him the slow, gracious wandering from the halls of sleep, but a summary, forcible ejection. He lay sprawled, too wicked to move, spewed up like a broken spider-crab on the tarry shingle of morning. The light did him harm, but not as much as looking at things did; he resolved, having done it once, never to move his eyeballs again. A dusty thudding in his head made the scene before him beat like a pulse. His mouth had been used as a latrine by some small creature of the night, and then as its mausoleum. During the night, too, he'd somehow been on a cross-country run and then been expertly beaten up by secret police. He felt bad.”
― Kingsley Amis, Lucky Jim
tags: alcohol, hangover, humor, literature
74 likes

“I love that name. A country named Chad. Sounds like somebody who lived next door to the Brady Bunch. But if Chad actually lived next door to the Bradys, Greg would be roasting over a slow fire and Marcia would be standing naked on an auction block, because Chad is one of the hungriest, craziest, most desperate places on the planet.”
― Gary Brecher, The War Nerd
tags: chad, humor, war
14 likes

“There was a lot of pretense floating around; not just with aunties and all that but with emotions and how people saw you. They had a point. There's a lot to learn from that generation -- the stoic approach. I think it's disgusting how they've been forgotten about in this way. It's the American hippies' fault, they saw an in there, a way of making money out of bad moods. That's all it is most of the time. You can't expect to feel cock-a-hoop every minute of every day. My mam and dad's generation understood this. They were just thankful the bombs had stopped threatening their lives. They just wanted to get on with living.”
― Mark E. Smith, Renegade
tags: psychology, stoicism
12 likes

James Boswell
author of: The Life of Samuel Johnson

Samuel Johnson
author of: The History of Rasselas, Prince of Abissinia

M.F.K. Fisher
author of: The Art of Eating