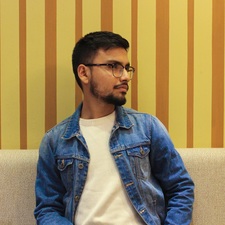 This will prevent Tasin from sending you messages, friend request or from viewing your profile. They will not be notified. Comments on discussion boards from them will be hidden by default.
Sign in to Goodreads to learn more about Tasin.

“I think tonight's the night I will hang Howard W. Campbell Jr., for crimes against himself... They say that a hanging man hears gorgeous music. Too bad that I, like my father, unlike my musical mother, am tone-deaf. All the same I hope the tune that I'm about to hear is not Bing Crosby's 'White Christmas”
― Kurt Vonnegut, Mother Night
2 likes

“I have never seen a more sublime demonstration of the totalitarian mind, a mind which might be linked unto a system of gears where teeth have been filed off at random. Such snaggle-toothed thought machine, driven by a standard or even by a substandard libido, whirls with the jerky, noisy, gaudy pointlessness of a cuckoo clock in Hell.
The boss G-man concluded wrongly that there were no teeth on the gears in the mind of Jones. 'You're completely crazy,' he said.
Jones wasn't completely crazy. The dismaying thing about classic totalitarian mind is that any given gear, thought mutilated, will have at its circumference unbroken sequences of teeth that are immaculately maintained, that are exquisitely machined.
Hence the cuckoo clock in Hell - keeping perfect time for eight minutes and twenty-three seconds, jumping ahead fourteen minutes, keeping perfect time for six seconds, jumping ahead two seconds, keeping perfect time for two hours and one second, then jumping ahead a year.
The missing teeth, of course, are simple, obvious truths, truths available and comprehensible even to ten-year-olds, in most cases.
The wilful filling off a gear teeth, the wilful doing without certain obvious pieces of information -
That was how a household as contradictory as one composed of Jones, Father Keeley, Vice-Bundesfuehrer Krapptauer, and the Black Fuehrer could exist in relative harmony -
That was how my father-in-law could contain in one mind an indifference toward slave women and love fora a blue vase -
That was how Rudolf Hess, Commandant of Auschwitz, could alternate over the loudspeakers of Auschwitz great music and calls for corpse-carriers -
That was how Nazi Germany sense no important difference between civilization and hydrophobia -
That is the closest I can come to explaining the legions, the nations of lunatics I've seen in my time.”
― Kurt Vonnegut, Mother Night
63 likes

“As he caught his footing, his head fell back, and the Milky Way flowed down inside him with a roar.”
― Yasunari Kawabata, Snow Country
1091 likes

“Begin each day by telling yourself: Today I shall be meeting with interference, ingratitude, insolence, disloyalty, ill-will, and selfishness – all of them due to the offenders’ ignorance of what is good or evil. But for my part I have long perceived the nature of good and its nobility, the nature of evil and its meanness, and also the nature of the culprit himself, who is my brother (not in the physical sense, but as a fellow creature similarly endowed with reason and a share of the divine); therefore none of those things can injure me, for nobody can implicate me in what is degrading. Neither can I be angry with my brother or fall foul of him; for he and I were born to work together, like a man’s two hands, feet or eyelids, or the upper and lower rows of his teeth. To obstruct each other is against Nature’s law – and what is irritation or aversion but a form of obstruction.”
― Marcus Aurelius, Meditations
424 likes

Polls voted on by Tasin