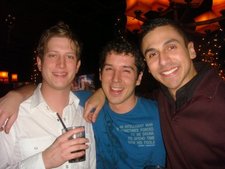 “In those days, we imagined ourselves as being kept in some kind of holding pen, waiting to be released into our lives. And when the moment came, our lives -- and time itself -- would speed up. How were we to know that our lives had in any case begun, that some advantage had already been gained, some damage already inflicted? Also, that our release would only be into a larger holding pen, whose boundaries would be at first undiscernible.”
― Julian Barnes, The Sense of an Ending
tags: illusions, youth
39 likes

“They came to know the incorrigible sorrow of all prisoners and exiles, which is to live in company with a memory that serves no purpose.”
― Albert Camus
27 likes

“The sun of that chilishness goes on shining even when the larger bodies of hotter stars have risen to smelt you and cover you with their influence. The recenter stars may be more critical, more in the eye, but that earlier sun still remains a long time.”
― Saul Bellow, The Adventures of Augie March
3 likes

“Men outlive their love, but they don’t outlive the consequences of their recklessness.”
― George Eliot, Middlemarch
tags: emotion, infatuation
48 likes

“He had a confused sense that she must have cost a great deal to make, that a great many dull and ugly people must, in some mysterious way, have been sacrificed to produce her.”
― Edith Wharton, The House of Mirth
tags: beauty, lily-bart, seldon
23 likes