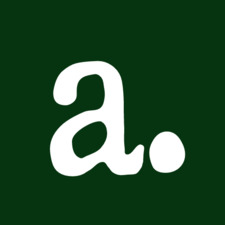 This will prevent aho's homemade food from sending you messages, friend request or from viewing your profile. They will not be notified. Comments on discussion boards from them will be hidden by default.
Sign in to Goodreads to learn more about aho's homemade food.

aho's homemade food is currently reading
Purity and Danger: An Analysis of Concepts of Pollution and Taboo
by Mary Douglas
bookshelves: currently-reading

See all 9 books that aho's homemade food is reading…

“Surely we should try to save something that, when done well, is not only a supreme example of the art of cooking, but a dish that encapsulates humankind's entire culinary history?”
― Janet Clarkson, Pie: A Global History
tags: baking, food, food-anthropology, food-history, food-writing, fruit-pie, pie
0 likes

“We humans are constantly on the move around the world, and when we migrate we take our eating habits with us. We do so to use our agricultural and culinary knowledge, and because eating familiar food maintains our link with home and eases our homesickness. We may have to substitute ingredients and adapt our cooking methods, but even after several generations, our heritage is still evident in the food we serve at home.”
― Janet Clarkson, Pie: A Global History
tags: baking, food, food-anthropology, food-history, food-writing, fruit-pie, pie
0 likes

“In the fishing village of Mousehole in Cornwall it is traditional to eat 'stargazy pie' on the evening of 23 December. It is an intriguing pie, made with pilchards placed so that their heads poke through the crust at the centre of the pie, gazing at the stars, as it were. It is made in honour of a local mythical hero, Tom Bawcock ('bawcock' is an old word meaning 'a fine fellow'), whom legend says sent out on a bad night during a bad season, returning with sufficient fish to save the locals from starvation.”
― Janet Clarkson, Pie: A Global History
tags: baking, cornwall, fish, food, food-anthropology, food-history, food-writing, fruit-pie, pie, stargazy-pie
0 likes

“The city of Gloucester, by ancient custom, presented a lamprey pie to the sovereign at Christmas time, as a token of loyalty. Lampreys are scaleless freshwater sucker-fish resembling eels, desirable in the past for their oily, gamey flesh. The tradition of gifting lamprey pies to the royal family continued until the end of Queen Victoria's reign, but was revived for the coronation of Queen Elizabeth II in 1953 when a 42-pound pie was cooked by the RAF catering crops.”
― Janet Clarkson, Pie: A Global History
tags: baking, coronation, england, food, food-anthropology, food-history, food-writing, lamprey-pie, pie, queen-elizabeth-ii
0 likes