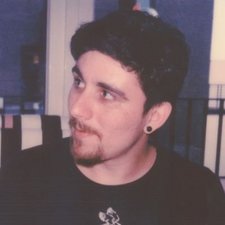 This will prevent Irio from sending you messages, friend request or from viewing your profile. They will not be notified. Comments on discussion boards from them will be hidden by default.
Sign in to Goodreads to learn more about Irio.

“Not understanding that great circles are the shortest paths on earth has caused some bizarre arguments. Many religions have preferred directions in which to pray. For example, the ancient biblical tradition among Jews was to pray facing Jerusalem. However, this was usually taken to mean that if one were west of Jerusalem, one should face east. Baha'i tradition states that one should face to Acre to pray. And early Christian practice was to face east. However, these practices were not entirely uniform, and not binding.”
― Donal O'Shea, The Poincare Conjecture
0 likes

“The NSA employs more mathematicians, buys more computer hardware, and intercepts more messages than any other organization in the world.”
― Simon Singh, The Code Book: The Science of Secrecy from Ancient Egypt to Quantum Cryptography
1 likes

“Jack Good, a veteran of Bletchley, commented: “Fortunately the authorities did not know that Turing was a homosexual. Otherwise we might have lost the war.”
― Simon Singh, The Code Book: The Science of Secrecy from Ancient Egypt to Quantum Cryptography
0 likes

“Turing’s secret had been exposed, and his sexuality was now public knowledge. The British Government withdrew his security clearance. He was forbidden to work on research projects relating to the development of the computer. He was forced to consult a psychiatrist and had to undergo hormone treatment, which made him impotent and obese. Over the next two years he became severely depressed, and on June 7, 1954, he went to his bedroom, carrying with him a jar of cyanide solution and an apple. Twenty years earlier he had chanted the rhyme of the Wicked Witch: “Dip the apple in the brew, Let the sleeping death seep through.” Now he was ready to obey her incantation. He dipped the apple in the cyanide and took several bites. At the age of just forty-two, one of the true geniuses of cryptanalysis committed suicide.”
― Simon Singh, The Code Book: The Science of Secrecy from Ancient Egypt to Quantum Cryptography
0 likes

“Sadly, we know almost nothing about Euclid (c. 325-c. 265 BCE).32 We know even less about him than we do about Pythagoras, and what little we do know has been hotly contested by scholars. Euclid wrote at least ten books, only half of which have survived. A number of mutually consistent indications suggest that he lived after Aristotle and before Archimedes. He was one of the first mathematicians at the great library of Alexandria and there had gathered a group of talented mathematicians about him. Legends about him abound, many as (possibly apocryphal) insertions in other mathematicians' works. One tells that Ptolemy asked Euclid for a quick way to master geometry and received the reply, "There is no royal road to geometry." Another tells of a student who, after encountering the first proposition in the Elements, asked Euclid what practical use studying geometry could have. The mathematician allegedly turned to his slave and replied dismissively, "Slave, give this boy a threepence, since he must make gain of what he learns.”
― Donal O'Shea, The Poincare Conjecture
0 likes

Polls voted on by Irio