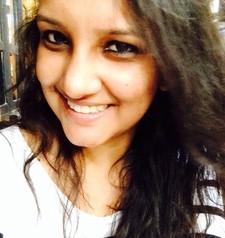 This will prevent Anushka from sending you messages, friend request or from viewing your profile. They will not be notified. Comments on discussion boards from them will be hidden by default.
Sign in to Goodreads to learn more about Anushka.

“Ranger slung an arm around my shoulders and kissed me on the top of my head. “Someday I need to talk to you about car care.” “I know about car care. I kept a case of motor oil in the back.” “That’s my girl.”
― Janet Evanovich, Smokin' Seventeen
6 likes

“It's funny the decisions you make because you like someone, he says, and then your whole life is different. I think we're at that weird age where life can change a lot from small decisions.”
― Sally Rooney, Normal People
233 likes

“It was culture as class performance, literature fetishised for its ability to take educated people on false emotional journeys, so that they might afterwards feel superior to the uneducated people whose emotional journeys they liked to read about.”
― Sally Rooney, Normal People
tags: art, culture, intellectual-snobbery, literature, snobbery
648 likes

“Just before his exile, Solzhenitsyn wrote his “Letter to the Soviet Leaders.” “Your dearest wish,” he informed them, “is for our state structure and our ideological system never to change, to remain as they are for centuries. But history is not like that. Every system either finds a way to develop or else it collapses.” And with that, Solzhenitsyn was gone.”
― David Remnick, Lenin's Tomb: The Last Days of the Soviet Empire
2 likes

“I’m not sure it is possible to describe just how hard it is to acquire a reputation as a drunk in Russia.”
― David Remnick, Lenin's Tomb: The Last Days of the Soviet Empire
11 likes

Nenia ✨️ I yeet my books back and forth ✨️ Campbell

Lauren Kunze
author of: The Ivy

Janet Evanovich
author of: One for the Money
More…

I Don't Understand All That Fuss

Fall in Love With the Cover

Polls voted on by Anushka