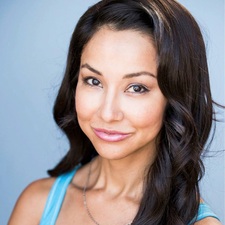 This will prevent Karen from sending you messages, friend request or from viewing your profile. They will not be notified. Comments on discussion boards from them will be hidden by default.
Sign in to Goodreads to learn more about Karen.

“My dogs might believe, in their little doggy brains, that they wield the power in our relationship because I feed them, pet them, come when they bark, pick up their poop, buy them toys and care for them when they are sick. However, if they ever decided to act on their beliefs and try to exert power over me or my family, then their true place in the relationship would quickly become apparent. Likewise, we may feel confident that we are the master of our AI creations, only to be taken completely by surprise when we realise – too late – that we are no longer in control.”
― Sean A. Culey, Transition Point: From Steam to the Singularity
tags: artificial-intelligence, dystopian-future
2 likes

“A picture is a reflection of the dreams, vision, missions and goals hidden within. Look beyond what you see.”
― Proud Chocolate
tags: influencer, instagram, picture, post, proudchocolate, socialmedia
3 likes

“In fact, the belief that climate could be plausibly governed, or managed, by any institution or human instrument presently at hand is another wide-eyed climate delusion. The planet survived many millennia without anything approaching a world government, in fact endured nearly the entire span of human civilization that way, organized into competitive tribes and fiefdoms and kingdoms and nation-states, and only began to build something resembling a cooperative blueprint, very piecemeal, after brutal world wars—in the form of the League of Nations and United Nations and European Union and even the market fabric of globalization, whatever its flaws still a vision of cross-national participation, imbued with the neoliberal ethos that life on Earth was a positive-sum game. If you had to invent a threat grand enough, and global enough, to plausibly conjure into being a system of true international cooperation, climate change would be it—the threat everywhere, and overwhelming, and total. And yet now, just as the need for that kind of cooperation is paramount, indeed necessary for anything like the world we know to survive, we are only unbuilding those alliances—recoiling into nationalistic corners and retreating from collective responsibility and from each other. That collapse of trust is a cascade, too.”
― David Wallace-Wells, The Uninhabitable Earth: Life After Warming
16 likes

“Our philosophies have tended to split the world in two: “science” deals only with “hard facts,” while the “arts” are imagined to deal in nebulous questions of inner meanings. Equally, in popular culture, inner feelings and motivations (“ discovering who you really are” or “going with your heart”) are regularly invoked as the true personal reality over against mere outward “identities.”
― N.T. Wright, Paul: A Biography
1 likes

“Any asshole with a Masters in Social Work can put on a turban and start issuing fatwas about whom you can and whom you can't mail meat to, but it takes real balls to turn a brunette without a cranium into a blond.”
― Mark Leyner, The Tetherballs of Bougainville
1 likes

Readers Meet Authors — 217 members — last activity May 03, 2020 10:09PM
A group where writers can show off their work and a place that readers can find the best in any genre.

Ken Follett
author of: The Pillars of the Earth

Charles F. Stanley
author of: How to Listen to God

Polls voted on by Karen