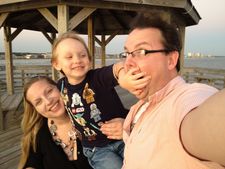 “The Recipe for Success presents guidelines for a new manager adopting an existing team. Following the recipe enables quick improvement with low levels of team resistance. I want to acknowledge here the direct influence of Donald Reinertsen, who gave me the first two and the last steps in the recipe, and the indirect influence of Eli Goldratt, whose writings on the Theory of Constraints and its Five Focusing Steps greatly influenced steps four and five. The six steps in the recipe are Focus on Quality Reduce Work-in-Progress Deliver Often Balance Demand against Throughput Prioritize Attack Sources of Variability to Improve Predictability”
― David J. Anderson, Kanban
0 likes

“In software, when something is painful, the way to reduce the pain is to do it more frequently, not less.”
― David Farley, Continuous Delivery: Reliable Software Releases through Build, Test, and Deployment Automation
1 likes

Gerald M. Weinberg
author of: The Secrets of Consulting: A Guide to Giving and Getting Advice Successfully
More…