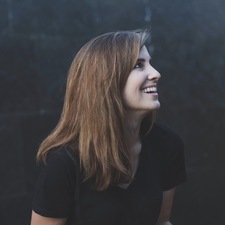 Laura Fingal-Surma is currently reading
Democratizing Knowledge: How to Build a Startup, Raise Money, Run a VC Firm, and Everything in Between - Tweetbook Volume 1
by Elizabeth Yin
bookshelves: currently-reading

Laura Fingal-Surma is currently reading
Who Killed Jane Stanford?: A Gilded Age Tale of Murder, Deceit, Spirits and the Birth of a University
by Richard White
bookshelves: currently-reading

See all 17 books that Laura is reading…

“Being human is itself difficult, and therefore all kinds of settlements (except dream cities) have problems. Big cities have difficulties in abundance, because they have people in abundance.”
― Jane Jacobs, The Death and Life of Great American Cities
22 likes

“We've begun to raise daughters more like sons... but few have the courage to raise our sons more like our daughters.”
― Gloria Steinem
tags: gender-equality, gender-roles
576 likes

“[Cities] are not like suburbs, only denser. They differ from towns and suburbs in basic ways, and one of these is that cities are, by definition, full of strangers.”
― Jane Jacobs, The Death and Life of Great American Cities
tags: city-life
32 likes

“Neighborhoods built up all at once change little physically over the years as a rule...[Residents] regret that the neighborhood has changed. Yet the fact is, physically it has changed remarkably little. People's feelings about it, rather, have changed. The neighborhood shows a strange inability to update itself, enliven itself, repair itself, or to be sought after, out of choice, by a new generation. It is dead. Actually it was dead from birth, but nobody noticed this much until the corpse began to smell.”
― Jane Jacobs, The Death and Life of Great American Cities
tags: 198, cities, urban-planning
16 likes