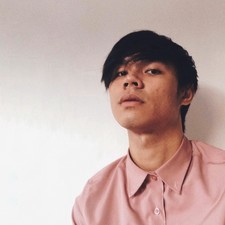 This will prevent Shelumiel from sending you messages, friend request or from viewing your profile. They will not be notified. Comments on discussion boards from them will be hidden by default.
Sign in to Goodreads to learn more about Shelumiel.

“The pathetic thing I wanted to say to him on the phone – but didn’t – was this: When you're a little kid, you have something. Maybe it's a blanket or a stuffed animal or whatever. For me, it was this stuffed prairie dog that I got one Christmas when I was like three. I don't even know where they found a stuffed prairie dog, but whatever, it sat up on its hind legs and I called him Marvin, and I dragged Marvin around by his prairie dog ears until I was about ten.

And then at some point, it was nothing personal against Marvin, but he started spending more time in the closet with my other toys, and then more time, until finally Marvin became a full-time resident of the closet.

But for many years afterward, sometimes I would get Marvin out of the closet and just hang out with him for a while – not for me, but for Marvin. I realized it was crazy, but I still did it.

“You think fairy tales are only for girls? Here's a hint - ask yourself who wrote them. I assure you, it wasn't just the women. It's the great male fantasy - all it takes is one dance to know that she's the one. All it takes is the sound of her song from the tower, or a look at her sleeping face. And right away you know - this is the girl in your head, sleeping or dancing or singing in front of you. Yes, girls want their princes, but boys want their princesses just as much. And they don't want a very long courtships. They want to know immediately.”
― David Levithan, Dash & Lily's Book of Dares
1296 likes

“Folks are usually about as happy as they make their minds up to be.”
― Abraham Lincoln
tags: attributed-no-source, happiness
23394 likes

Polls voted on by Shelumiel