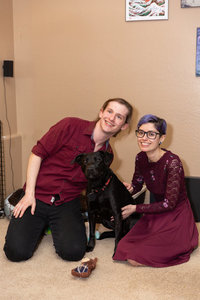 “Systemic racism is a machine that runs whether we pull the levers or not, and by just letting it be, we are responsible for what it produces.”
― Ijeoma Oluo, So You Want to Talk About Race
22 likes

“When somebody asks you to “check your privilege” they are asking you to pause and consider how the advantages you’ve had in life are contributing to your opinions and actions, and how the lack of disadvantages in certain areas is keeping you from fully understanding the struggles others are facing and may in fact be contributing to those struggles. It is a big ask, to check your privilege. It is hard and often painful, but it’s not nearly as painful as living with the pain caused by the unexamined privilege of others. You may right now be saying “but it’s not my privilege that is hurting someone, it’s their lack of privilege. Don’t blame me, blame the people telling them that what they have isn’t as good as what I have.” And in a way, that is true, but know this, a privilege has to come with somebody else’s disadvantage—otherwise, it’s not a privilege.”
― Ijeoma Oluo, So You Want to Talk About Race
41 likes

“Act now, because people are dying now in this unjust system. How many lives have been ground up by racial prejudice and hate? How many opportunities have we already lost? Act and talk and learn and fuck up and learn some more and act again and do better. We have to do this all at once. We have to learn and fight at the same time. Because people have been waiting far too long for their chance to live as equals in this society.”
― Ijeoma Oluo, So You Want to Talk About Race
tags: call-to-action, racial-justice, racism, racism-in-america, white-people, white-privilege, white-supremacy
3 likes

“Everyone wants to know the truth. Except those who don’t. Those who stand to lose by it.”
― Fiona Barton, The Suspect
1 likes