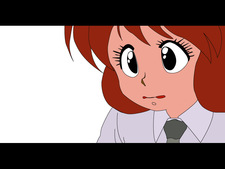 This will prevent Miette from sending you messages, friend request or from viewing your profile. They will not be notified. Comments on discussion boards from them will be hidden by default.
Sign in to Goodreads to learn more about Miette.

“His mom was high when Whitey was born. She was also high when she named him. Esmerelda was the name of her sister, the only person in the world who ever treated her decently, and Torno was short for tornado, because that’s how it felt when Whitey came out.
Whitey’s mom had a penchant for the cocaine.”
― Joey Truman, Postal Child
tags: drug-abuse, drug-addiction, drugs
2 likes

“I think I would know Nora's fart anywhere. I think I could pick hers out in a roomful of farting women.”
― James Joyce, Selected Letters of James Joyce
60 likes

From the Whiskey's Tit

Polls voted on by Miette