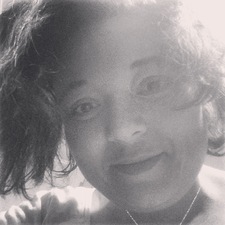 This will prevent H. from sending you messages, friend request or from viewing your profile. They will not be notified. Comments on discussion boards from them will be hidden by default.
Sign in to Goodreads to learn more about H..

“I do not want to be the leader. I refuse to be the leader. I want to live darkly and richly in my femaleness. I want a man lying over me, always over me. His will, his pleasure, his desire, his life, his work, his sexuality the touchstone, the command, my pivot. I don’t mind working, holding my ground intellectually, artistically; but as a woman, oh, God, as a woman I want to be dominated. I don’t mind being told to stand on my own feet, not to cling, be all that I am capable of doing, but I am going to be pursued, fucked, possessed by the will of a male at his time, his bidding.”
― Anaïs Nin
tags: bdsm, erotica
1332 likes

“Dumbledore watched her fly away, and as her silvery glow faded he turned back to Snape, and his eyes were full of tears.
"After all this time?"
"Always," said Snape.”
― J.K. Rowling, Harry Potter and the Deathly Hallows

“When someone shows you who they are believe them; the first time.”
― Maya Angelou
tags: oprah-s-thank-you-game, people
8851 likes

“Without the presence of black people in America, European-Americans would not be "white"-- they would be Irish, Italians, Poles, Welsh, and other engaged in class, ethnic, and gender struggles over resources and identity. (p. 107-108)”
― Cornel West, Race Matters
tags: race, race-relations
42 likes

The Ink to Film Book Club — 125 members — last activity 7 hours, 45 min ago
A group where people can discuss books made or being made into films/TV.

Polls voted on by H.