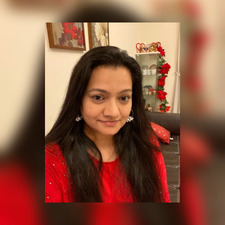 This will prevent Bookish Jyo from sending you messages, friend request or from viewing your profile. They will not be notified. Comments on discussion boards from them will be hidden by default.
Sign in to Goodreads to learn more about Bookish Jyo.

See all 9 books that Bookish Jyo is reading…

A Week in Winter by Maeve Binchy
1 highlight
Out by that ocean you feel smaller, less important somehow, it puts things into proportion.’
I loved the importance of this sentence. It makes “seeing the bigger picture” much easier. I have felt this so many times! That sense of peace inside!

“But, above all, Chauvelin had a purpose at heart. He firmly believed that the French aristocrat was the most bitter enemy of France; he would have wished to see every one of them annihilated: he was one of those who, during this awful Reign of Terror, had been the first to utter the historic and ferocious desire “that aristocrats might have but one head between them, so that it might be cut off with a single stroke of the guillotine.” And thus, he looked upon every French aristocrat, who had succeeded in escaping from France, as so much prey of which the guillotine had been unwarrantably cheated.”
― Emmuska Orczy, The Scarlet Pimpernel
1 likes

“The farther that one goes out (from himself), the less he knows.”
― Lao Tzu, Tao Te Ching
9 likes

Polls voted on by Bookish Jyo