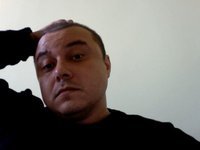 This will prevent Catalin from sending you messages, friend request or from viewing your profile. They will not be notified. Comments on discussion boards from them will be hidden by default.
Sign in to Goodreads to learn more about Catalin.

Catalin Tenita is currently reading
The Color of Law: A Forgotten History of How Our Government Segregated America
by Richard Rothstein
bookshelves: currently-reading

“Forty years later, I’m acutely conscious that it is in fact impossible for a self to change at the speed the world is changing whilst remaining true to a remotely recognizable self—that is, to remain oneself and yet remain in the world at its most immediate and be and feel oneself to be an active part of that world.”
― Alexandra Pierce, Letters to Tiptree
2 likes

“Somewhere I read Auden saying that all his life he felt that he was the youngest person in the room, which “has very seldom been the fact for the past forty years,” and I have felt kindly towards Auden ever since. I”
― Alexandra Pierce, Letters to Tiptree
0 likes

“Occasionally, bands wandered outside their turf and explored new lands, whether due to natural calamities, violent conflicts, demographic pressures or the initiative of a charismatic leader. These wanderings were the engine of human worldwide expansion. If a forager band split once every forty years and its splinter group migrated to a new territory sixty miles to the east, the distance from East Africa to China would have been covered in about 10,000 years.”
― Yuval Noah Harari, Sapiens: A Brief History of Humankind
0 likes

“the freedom of individuals has – we may presume – an anthropological foundation. This is admittedly a doctrine which cannot be proved or disproved in the normal sense of the word ‘prove’. And yet our hope that freedom is not going to be ultimately destroyed by the joint pressure of totalitarianism and of general bureaucratisation of the world and indeed our very readiness to defend it depend crucially on our belief that the desire for freedom, for sovereign individual self-assertion in free choice, is not an accidental fancy of history, not a result of peculiar social conditions or a temporary by-product of specific economic life forms, of market mechanisms, but that it is rooted in the very quality of being human.”
― Leszek Kołakowski
tags: freedom
5 likes

Polls voted on by Catalin