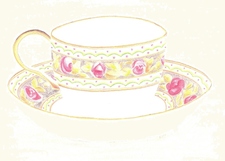 This will prevent Annie Kate from sending you messages, friend request or from viewing your profile. They will not be notified. Comments on discussion boards from them will be hidden by default.
Sign in to Goodreads to learn more about Annie Kate.

“Favourable Chance, I fancy, is the god of all men who follow their own devices instead of obeying a law they believe in. Let even a polished man of these days get into a position he is ashamed to avow, and his mind will be bent on all the possible issues that may deliver him from the calculable results of that position. Let him live outside his income, or shirk the resolute honest work that brings wages, and he will presently find himself dreaming of a possible benefactor, a possible simpleton who may be cajoled into using his interest, a possible state of mind in some possible person not yet forthcoming. Let him neglect the responsibilities of his office, and he will inevitably anchor himself on the chance that the thing left undone may turn out not to be of the supposed importance. Let him betray his friend's confidence, and he will adore that same cunning complexity called Chance, which gives him the hope that his friend will never know. Let him forsake a decent craft that he may pursue the gentilities of a profession to which nature never called him, and his religion will infallibly be the worship of blessed Chance, which he will believe in as the mighty creator of success. The evil principle deprecated in that religion is the orderly sequence by which the seed brings forth a crop after its kind.”
― George Eliot, Silas Marner
tags: chance, human-nature
11 likes

“The complexity of the simplest known type of cell is so great that it is impossible to accept that such an object could have been thrown together suddenly by some kind of freakish, vastly improbable, event. Such an occurrence would be indistinguishable from a miracle.”
― Michael Denton, Evolution: A Theory In Crisis
tags: abiogenesis, biology, chance, chemical-evolution, coincidence, id, intelligent-design, irreducible-complexity, living-cells, naturalism, origin-of-life, science, serendipity
46 likes

“The America I know and love is not one in which my parents or my baby with Down syndrome will have to stand in front of Obama’s ‘death panel’ so his bureaucrats can decide, based on a subjective judgment of their ‘level of productivity in society,’ whether they are worthy of health care. Such a system is downright evil.”
― Sarah Palin
tags: abortion, country, euthanasia, politics
68 likes

“It is difficult to get a man to understand something when his salary depends on his not understanding it.”
― Sally Fallon Morell, Nourishing Fats: Why We Need Animal Fats for Health and Happiness
2 likes

Ralph Moody
author of: Father and I Were Ranchers
More…

Polls voted on by Annie Kate