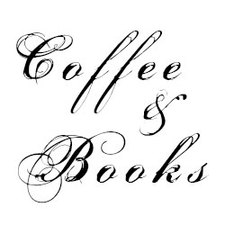 This will prevent Coffee & books from sending you messages, friend request or from viewing your profile. They will not be notified. Comments on discussion boards from them will be hidden by default.
Sign in to Goodreads to learn more about Coffee & books.

“It is not from the benevolence of the butcher, the brewer, or the baker that we expect our dinner, but from their regard to their own self-interest. We address ourselves not to their humanity but to their self-love, and never talk to them of our own necessities, but of their advantages”
― Adam Smith, An Inquiry into the Nature & Causes of the Wealth of Nations, Vol 1
153 likes

“It is a simple logic truth that, short of mass emigration into space, with rockets taking off at the rate of several million per second, uncontrolled birth-rates are bound to lead to horribly increased death –rates. It is hard to believe that this simple truth is not understood by those leaders who forbid their followers to use effective contraceptive methods. They express a preference for ‘natural’ methods of population limitation, and a natural method is exactly what they are going to get. It is called starvation.”
― Richard Dawkins, The Selfish Gene
tags: contraceptives, religion
61 likes

“Odd as it may seem, I am my remembering self, and the experiencing self, who does my living, is like a stranger to me.”
― Daniel Kahneman, Thinking, Fast and Slow
tags: experience, memory, reflection, self
123 likes

“Nothing in life is as important as you think it is, while you are thinking about it”
― Daniel Kahneman, Thinking, Fast and Slow
tags: focusing-illusion
403 likes

“The romantic contrast between modern industry that “destroys nature” and our ancestors who “lived in harmony with nature” is groundless. Long before the Industrial Revolution, Homo sapiens held the record among all organisms for driving the most plant and animal species to their extinctions. We have the dubious distinction of being the deadliest species in the annals of life.”
― Yuval Noah Harari, From Animals into Gods: A Brief History of Humankind
295 likes

Polls voted on by Coffee & books