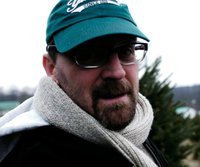 This will prevent Nick from sending you messages, friend request or from viewing your profile. They will not be notified. Comments on discussion boards from them will be hidden by default.
Sign in to Goodreads to learn more about Nick.

“You know you're in love when you can't fall asleep because reality is finally better than your dreams.”
― Dr. Seuss
tags: attributed-no-source, dreams, love, reality, sleep
116095 likes

“I cannot fix on the hour, or the spot, or the look or the words, which laid the foundation. It is too long ago. I was in the middle before I knew that I had begun.”
― Jane Austen, Pride and Prejudice
tags: love, romance
5658 likes

“No one can make you feel inferior without your consent.”
― Eleanor Roosevelt, This is My Story
tags: confidence, inspirational, wisdom
86325 likes

“Be yourself; everyone else is already taken.”
― Oscar Wilde
tags: attributed-no-source, be-yourself, honesty, inspirational, misattributed-oscar-wilde
150440 likes

“No government of the left has done as much for the poor as capitalism has. Even when it comes to the redistribution of income, the left talks the talk but the free market walks the walk.
What do the poor most need? They need to stop being poor. And how can that be done, on a mass scale, except by an economy that creates vastly more wealth? Yet the political left has long had a remarkable lack of interest in how wealth is created. As far as they are concerned, wealth exists somehow and the only interesting question is how to redistribute it.”
― Thomas Sowell, Controversial Essays
45 likes

Elmore Leonard
author of: Get Shorty

Ken Follett
author of: The Pillars of the Earth

C.S. Lewis
author of: The Lion, the Witch and the Wardrobe
More…

Polls voted on by Nick