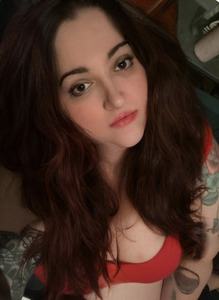 This will prevent Anaïs from sending you messages, friend request or from viewing your profile. They will not be notified. Comments on discussion boards from them will be hidden by default.
Sign in to Goodreads to learn more about Anaïs.

“There seemed to be three choices: to give up trying to love anyone, to stop being selfish, or to learn to love a person while continuing to be selfish.”
― Lydia Davis
tags: choice, love, selfishness
173 likes

“Then one morning she’d begun to feel her sorrow easing, like something jagged that had cut into her so long it had finally dulled its edges, worn itself down. That same day Rachel couldn’t remember which side her father had parted his hair on, and she’d realized again what she’d learned at five when her mother left – that what made losing someone you loved bearable was not remembering but forgetting. Forgetting the small things first, the smell of the soap her mother had bathed with, the color of the dress she’d worn to church, then after a while the sound of her mother’s voice, the color of her hair. It amazed Rachel how much you could forget, and everything you forgot made that person less alive inside you until you could finally endure it. After more time passed you could let yourself remember, even want to remember. But even then what you felt those first days could return and remind you the grief that was still there, like old barbed wire embedded in a tree’s heartwood.”
― Ron Rash, Serena
tags: death, endure, forgetting, grief, memory, remembering, sorrow
88 likes

“those who escape hell
however
never talk about
it
and nothing much
bothers them
after
that.”
― Charles Bukowski
2971 likes

“It may not be written in any book, but it is written—
You can’t go back,
you can’t repeat the unrepeatable.”
― Charles Wright, Littlefoot: A Poem
13 likes

“The point of marriage is not to create a quick commonality by tearing down all boundaries; on the contrary, a good marriage is one in which each partner appoints the other to be the guardian of his solitude, and thus they show each other the greatest possible trust. A merging of two people is an impossibility, and where it seems to exist, it is a hemming-in, a mutual consent that robs one party or both parties of their fullest freedom and development. But once the realization is accepted that even between the closest people infinite distances exist, a marvelous living side-by-side can grow up for them, if they succeed in loving the expanse between them, which gives them the possibility of always seeing each other as a whole and before an immense sky.”
― Rainer Maria Rilke, Letters to a Young Poet
tags: rilke-marriage-love
1861 likes

Tony Judt
author of: Postwar: A History of Europe Since 1945

Justin Torres
author of: We the Animals

Jim Behrle
author of: An Experience Definitely Worth Allegedly Having: Travel Stories from The Hairpin

Susan Cain
author of: Quiet: The Power of Introverts in a World That Can't Stop Talking
More…

Polls voted on by Anaïs