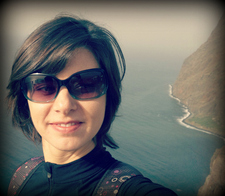 This will prevent Ariadne from sending you messages, friend request or from viewing your profile. They will not be notified. Comments on discussion boards from them will be hidden by default.
Sign in to Goodreads to learn more about Ariadne.

Artificial Condition (The Murderbot Diaries, #2) by Martha Wells
5 highlights
But mostly because the news was boring and I didn’t care what humans were doing to each other as long as I didn’t have to a) stop it or b) clean up after it.
See Ariadne’s 8 books with notes and highlights…

“Reading isn’t important because it helps to get you a job. It’s important because it gives you room to exist beyond the reality you’re given. It is how humans merge. How minds connect. Dreams. Empathy. Understanding. Escape. Reading is love in action.”
― Matt Haig, Notes on a Nervous Planet
121 likes

“Remember no one really cares what you look like. They care what they look like. You are the only person in the world to have worried about your face.”
― Matt Haig, Notes on a Nervous Planet
tags: inspirational, life-lessons, mental-illness, self-esteem
45 likes

“A rational explanation eluded her.
Because the answer could not be rational. It was not founded in military strategy. It was not because of a shortage of food rations, or because of the risk of insurgency or backlash. It was, simply, what happened when one race decided the other was insignificant.”
― R.F. Kuang, The Poppy War
5 likes

“In retrospect, the word “remote control” was ultimately a misnomer. What it finally did was to empower the more impulsive circuits of the brain in their conflict with the executive faculties, the parts with which we think we control ourselves and act rationally. It did this by making it almost effortless, practically nonvolitional, to redirect our attention—the brain had only to send one simple command to the finger in response to a cascade of involuntary cues. In fact, in the course of sustained channel surfing, the voluntary aspect of attention control may disappear entirely. The channel surfer is then in a mental state not unlike that of a newborn or a reptile. Having thus surrendered, the mind is simply jumping about and following whatever grabs it.

All this leads to a highly counterintuitive point: technologies designed to increase our control over our attention will sometimes have the very opposite effect. They open us up to a stream of instinctive selections, and tiny rewards, the sum of which may be no reward at all. And despite the complaints of the advertising industry, a state of distracted wandering was not really a bad one for the attention merchants; it was far better than being ignored.”
― tim wu, The Attention Merchants: The Epic Scramble to Get Inside Our Heads

J.R.R. Tolkien
author of: The Hobbit, or There and Back Again
More…

Polls voted on by Ariadne