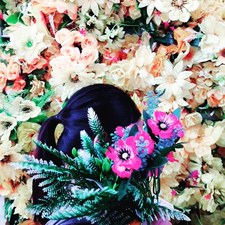 This will prevent Atheinne from sending you messages, friend request or from viewing your profile. They will not be notified. Comments on discussion boards from them will be hidden by default.
Sign in to Goodreads to learn more about Atheinne.

If The Shoes Fit by Pauline Lawless
4 highlights
Life was not a dress rehearsal – it was the real thing – and she intended living every moment of it, to the best of her ability.

“Sometimes, someone's intentions aren't shown until long after they have made you think they are someone to be trusted," Eloy said darkly.
"I understand that. But I also think it's bad business to think people you've just met are of the same nature as ones you have left behind.”
― Kara Timmins, Eloy's Discovery
tags: judgement, trust
0 likes

“Don't think about which steps you will take at the horizon when you don't even know which way you're going to begin.”
― Kara Timmins, Eloy's Discovery
0 likes

“There is no need to work so hard. It's one of those things in life: the more you fight for it, the harder it will be.”
― Kara Timmins, Eloy's Discovery
tags: struggles-in-life
0 likes

“Some people loathe the act of killing a person at first, but as they continue to do it, it can feel like a game. They can begin to feel superior, like the winner of the game. But, if the reaper has to save a life for every life they take, it keeps them humble. It’s a matter of subservience so the reaper doesn’t begin to think of himself stronger than he is.”
― Pauline Creeden
tags: assassins, reaper, steampunk, ya
1 likes

Polls voted on by Atheinne