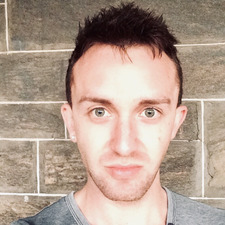 “A heckler once interrupted Nikita Khrushchev in the middle of a speech in which he was denouncing the crimes of Stalin. “You were a colleague of Stalin’s,” the heckler yelled, “why didn’t you stop him then?” Khrushschev apparently could not see the heckler and barked out, “Who said that?” No hand went up. No one moved a muscle. After a few seconds of tense silence, Khrushchev finally said in a quiet voice, “Now you know why I didn’t stop him.” Instead of just arguing that anyone facing Stalin was afraid, knowing that the slightest sign of rebellion would mean certain death, he had made them feel what it was like to face Stalin—had made them feel the paranoia, the fear of speaking up, the terror of confronting the leader, in this case Khrushchev. The demonstration was visceral and no more argument was necessary.”
― Robert Greene, The 48 Laws of Power
119 likes

Slavoj Žižek
author of: The Sublime Object of Ideology
More…