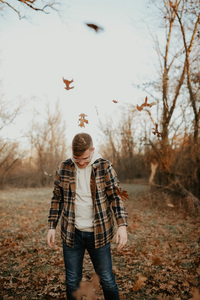 This will prevent Nathan from sending you messages, friend request or from viewing your profile. They will not be notified. Comments on discussion boards from them will be hidden by default.
Sign in to Goodreads to learn more about Nathan.

Nathan Storms is currently reading
The Eye of the World (The Wheel of Time, #1)
by Robert Jordan
bookshelves: currently-reading

“Knowing oneself has tremendous importance for all of the major decisions one might make. Making life choices that are in line with who one is – who one was created to be – leads to a more fulfilling life. I know that 'self-fulfillment' has become a dirty word for those who rightly understand that life is not 'all about me,' but about a greater purpose. This is true. At the same time, each of us is created as a unique individual with unique gifts, talents, and callings that were designed for a purpose. Self-fulfillment doesn't necessarily mean selfish fulfillment. It can mean fulfillment of all that one was created to be. The satisfaction one feels at having achieved one's rightful desires is no more selfish or wrong a thing than the satisfaction of the apple tree in bringing forth the fruit it was designed to bear.”
― Karen Swallow Prior, Booked: Literature in the Soul of Me
tags: calling, literature
0 likes

“Such is my ideal... It is no doubt for my own good that I have been so generally prevented from leading it, for it is a life almost entirely selfish. Selfish, not self-centered: for in such a life my mind would be directed towards a thousand things, not one of which is myself. The distinction is not unimportant. One of the happiest men and most pleasing companions I have ever known was intensely selfish. On the other hand I have known people capable of real sacrifice whose lives were nevertheless a misery to themselves and to others, because self-concern and self-pity filled all their thoughts. Either condition will destroy the soul in the end. But till the end, give me the man who takes the best of everything (even at my expense) and then talks of others things, rather than the man who serves me and talks of himself, and whose very kindnesses are a continual reproach, a continual demand for pity, gratitude, and admiration.”
― C.S. Lewis, Surprised by Joy: The Shape of My Early Life
1 likes

“Joy is distinct not only from pleasure in general but even from aesthetic pleasure. It must have the stab, the pang, the inconsolable longing.”
― C.S. Lewis, Surprised by Joy: The Shape of My Early Life
2 likes

“There is a sense in which Arthur and Barfield are the types of every man's First Friend and Second Friend. The First is the alter ego, the man who first reveals to you that you are not alone in the world by turning out (beyond hope) to share all your most secret delights. There is nothing to be overcome in making him your friend; he and you join like rain-drops on a window. But the Second Friend is the man who disagrees with you about everything. He is not so much the alter ego as the anti-self. Of course he shares your interests; otherwise he would not become your friend at all. But he has approached them all at a different angle.”
― C.S. Lewis, Surprised by Joy: The Shape of My Early Life
0 likes

“...startled into self-forgetfulness, I again tasted Joy.”
― C.S. Lewis, Surprised by Joy: The Shape of My Early Life
0 likes

Polls voted on by Nathan