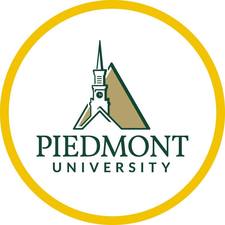 “And I listed the cities he said he’d been—Madrid, Granada, San Sebastián, Barcelona, Paris even. Their order was confused but their names made a map of lights in my mind. A constellation leading not back but far. Each a whole world I’d never been, swallowed him up and spewed him back, crustaceans in his pocket and seaweed in his hair, on the shores of our prison town. I considered the cities he talked about not destinations but destructions. A chosen wreckage. Different only in that way from the one handed to us.”
― Gabrielle Lucille Fuentes, The Sleeping World
1 likes

“To the complaint, 'There are no people in these photographs,' I respond, There are always two people: the photographer and the viewer.”
― Ansel Adams
tags: landscape, landscapes, photography
475 likes

“Autumn carries more gold in its pocket than all the other seasons.”
― Jim Bishop
tags: autumn, fall
295 likes

“My murdered poets drew from deep wells, even if they were presently hidden from me. They spoke the same words as the monks, as the Conquistadores, as our Dictator General, but coaxed a language anew from the charred bones they’d been tossed. I had taken comfort that we had been lying for millennia, erasing whole races of writers, executing texts with aplomb. It wasn’t new. And someone had always been pressing hidden words from quill to parchment backed by stone. Whispering them into someone’s ear. Even if the parchment was burned and the hand chopped off and thrown into the same fire, the stone remained. Only there were the words legible.”
― Gabrielle Lucille Fuentes, The Sleeping World
2 likes

The Millions' Most Anticipated: The Great 2018 Book Preview