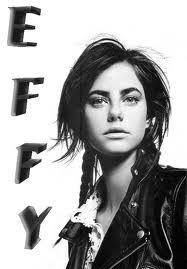 This will prevent Addie R. from sending you messages, friend request or from viewing your profile. They will not be notified. Comments on discussion boards from them will be hidden by default.
Sign in to Goodreads to learn more about Addie R..

“What if I was the sexual equivalent of popcorn? Suitable for light snacking only?”
― Rachel Vincent, My Soul to Save
tags: funny, kaylee
157 likes

“He cries. 'Please! I don't want to die.'
I lean over. My hair smothers him.
'Then you should never have been born,' I say.”
― Christopher Pike, The Last Vampire

“The only way out of the labyrinth of suffering is to forgive.”
― John Green, Looking for Alaska
tags: compassion, life, suffering
19880 likes

“Do you think I'm pretty?
I think you're beautiful
Beautiful?
You are so beautiful, it hurts sometimes.”
― Richelle Mead, Vampire Academy

Polls voted on by Addie R.