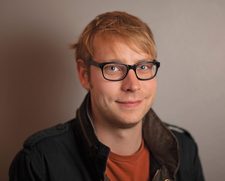 This will prevent Michael from sending you messages, friend request or from viewing your profile. They will not be notified. Comments on discussion boards from them will be hidden by default.
Sign in to Goodreads to learn more about Michael.

Michael Economy is currently reading
Koh-i-Noor: The History of the World's Most Infamous Diamond
by William Dalrymple
bookshelves: currently-reading

“My concern is not whether God is on our side; my greatest concern is to be on God's side, for God is always right.”
― Abraham Lincoln
tags: inspirational, philosophical, politics, religion, religious
2927 likes

“Still though, I think if you're not self-obsessed, you're probably boring.”
― Dave Eggers
242 likes

“Education is an admirable thing, but it is well to remember from time to time that nothing that is worth knowing can be taught.”
― Oscar Wilde
tags: education-knowledge
4209 likes

“Author's Note: This story starts with section 6. This is not a mistake. I have my own subtle reasoning. So, just read, and enjoy.”
― Isaac Asimov, The Gods Themselves
19 likes

“In an ancient Confucian classical text, Wei found the perfect motto for the Qing’s nineteenth-century predicament—indeed, for modern China’s struggle as a whole—which he used prominently in the preface to Records of Conquest: “Humiliation stimulates effort; when the country is humiliated, its spirit will be aroused.”40 This idea would be expressed again and again by others for the next century and a half. In fact, it remains the inspiration for the phrase inscribed today in the museum at the Temple of the Tranquil Seas: “To feel shame is to approach courage.”
― Orville Schell, Wealth and Power: China's Long March to the Twenty-first Century
0 likes

Goodreads Alumni Group — 141 members — last activity Jul 30, 2019 10:09AM
A group for former members of the Goodreads team (and for any current members who want to swing by!)

James Francis Johnson
author of: The Man Who Sold The Eiffel Tower

Vernor Vinge
author of: A Fire Upon the Deep
More…

Dealbreaker Dealbreakers: If you dealbreak this book, we won't get along

Polls voted on by Michael