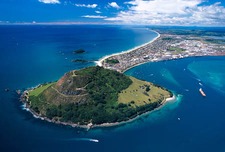 This will prevent Sterling from sending you messages, friend request or from viewing your profile. They will not be notified. Comments on discussion boards from them will be hidden by default.
Sign in to Goodreads to learn more about Sterling.

“They also observed that the amygdala in the vaccinated monkeys didn’t mature with time as it was supposed to. The amygdala, incidentally, plays an important role in social interactions. Maybe it’s not so surprising they also observed that in the vaccinated monkeys the opioid antagonist diprenorphine (DPN) levels never lowered throughout the study. In the placebo group, the DPN levels decreased noticeably. One function of DPN is to block social interaction. What this means is the research showed that the social behavior of those monkeys that received the actual vaccines, where the DPN levels did not decrease, turned anti-social. We found there was at least one more study undertaken to verify the association between DPN and social behavior. Performed in 1981[141]. The authors of that study believe the release of opioids in the brain encourages social interactions. So, when the body fails to decrease the amount of the antagonist DPN, it not only blocks the opioids that encourage social interactions, but it blocks the desire to socially interact.”
― James Morcan, Vaccine Science Revisited: Are Childhood Immunizations As Safe As Claimed?
tags: immunization, inoculation, underground-knowledge, vaccine, vaccines
2 likes

“In vaccine trials the placebo for the control group is often an aluminum-containing vaccine. That fact alone could account for why so many mainstream-approved research studies have inconclusive and perhaps even contradictory outcomes.”
― James Morcan, Vaccine Science Revisited: Are Childhood Immunizations As Safe As Claimed?
tags: aluminum, immunization, inoculation, placebo, underground-knowledge, vaccine, vaccines
5 likes

“A study we came across revealed that p80 is very efficient at removing mercury from contaminated water[245]. This sounds good right? Read on… If p80 is attracting mercury, we can only assume it is likely some of the mercury is being escorted to the brain. So, if we receive traces of mercury in the vaccines or are exposed to mercury from other sources, and receive a p80 containing vaccine, then a mercury-free vaccine could still potentially cause mercury accumulation in the brain.”
― James Morcan, Vaccine Science Revisited: Are Childhood Immunizations As Safe As Claimed?
tags: immunization, inoculation, mercury, p80, underground-knowledge, vaccine, vaccines
2 likes

Indie Book Collective — 2969 members — last activity Jul 12, 2021 02:05PM
A group of indie authors, helping each other out and bringing new books to the world

Tracey Garvis Graves
author of: On the Island

Best books on the out-of-body experience

Polls voted on by Sterling