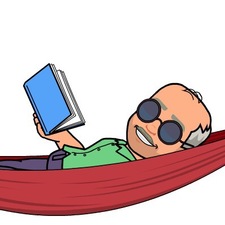 This will prevent Gary from sending you messages, friend request or from viewing your profile. They will not be notified. Comments on discussion boards from them will be hidden by default.
Sign in to Goodreads to learn more about Gary .

“People see everything through the lens of their obsessions.”
― Francine Prose, Goldengrove
46 likes

“To be, in a word, unborable.... It is the key to modern life. If you are immune to boredom, there is literally nothing you cannot accomplish”
― David Foster Wallace, The Pale King
367 likes

"His genius was filled with the mysterious sounds of nature, but transformed into sublime equivalents in musical thought, and not through slavish imitation of the actual external sounds. His composition of that night was surely filled with raindrops, resounding clearly on the tiles of the Charterhouse, but it had been transformed in his imagination and in his song into tears falling upon his heart from the sky. ... The gift of Chopin is [the expression of] the deepest and fullest feelings and emotions that have ever existed. He made a single instrument speak a language of infinity. He could often sum up, in ten lines that a child could play, poems of a boundless exaltation, dramas of unequalled power.”
― George Sand, Story of My Life: The Autobiography of George Sand

“One of the many things I love about bound books is their sheer physicality. Electronic books live out of sight and out of mind. But printed books have body, presence. ... I often seek electronic books, but they never come after me. They may make me feel, but I can't feel them. They are all soul with no flesh, no texture, and no weight.”
― Will Schwalbe, The End of Your Life Book Club
156 likes

Interesting, Well Written Books that are not by Dead/Old White Men

Polls voted on by Gary