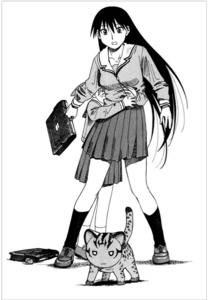 “Many have stood their ground and faced the darkness when it comes for them. Fewer come for the darkness and force it to face them.”
― Eliezer Yudkowsky, Harry Potter and the Methods of Rationality
tags: bravery, courage, darkness-and-light, good-and-evil, goodness, inspiration
79 likes

“The thoughts of all men arise from the darkness. If you are the movement of your soul, and the cause of that movement precedes you, then how could you ever call your thoughts your own? How could you be anything other than a slave to the darkness that comes before?”
― R. Scott Bakker, The Darkness That Comes Before
tags: philosophy
102 likes

“A man of my acquaintance once wrote a poem called "The Road Less Traveled", describing a journey he took through the woods along a path most travelers never used. The poet found that the road less traveled was peaceful but quite lonely, and he was probably a bit nervous as he went along, because if anything happened on the road less traveled, the other travelers would be on the road more frequently traveled and so couldn't hear him as he cried for help. Sure enough, that poet is dead.”
― Lemony Snicket, The Slippery Slope
tags: poetry
1566 likes

“In what weird alternative universe would that girl NOT be Sorted into Ravenclaw? If Hermione Granger didn't go to Ravenclaw then there was no good reason for Ravenclaw House to exist.”
― Eliezer Yudkowsky, Harry Potter and the Methods of Rationality
32 likes

“Greed is your god, Kaz."
He almost laughed at that. "No, Inej. Greed bows to me. It is my servant and my lever.”
― Leigh Bardugo, Six of Crows
tags: god, greed, kaz-brekker
690 likes