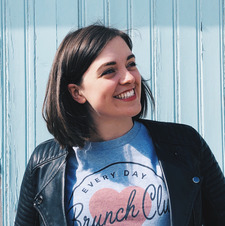 This will prevent Jo from sending you messages, friend request or from viewing your profile. They will not be notified. Comments on discussion boards from them will be hidden by default.
Sign in to Goodreads to learn more about Jo.

Jo Fisher is currently reading
The Art of Rest: How to Find Respite in the Modern Age
by Claudia Hammond
bookshelves: currently-reading

Jo Fisher is currently reading
A Poem for Every Night of the Year
by Allie Esiri (Goodreads Author)
bookshelves: currently-reading

Every year of your 20s is subject to a very specific set of emotions, at least that’s what I think. 21 is great for obvious, surface-level reasons. 22 is a train wreck if you graduated in four years, and are then thrust into real life. 25 is when pretty much everything changes – from your priorities to your body. And, then, there’s 28. I don’t know what it is about this age in particular, but I’ve deemed it “The Crisis Year” and here’s why.

1. The realization that you’re now officially in your “late 20s” is enough to send you straight into the climax of a full-blown panic attack. You don’t even get to start at the beginning of the said attack, no. You wake up on your 28th birthday, screaming and dry heaving. It’s an instinctual reaction to knowing that, for the next 365 days of your life, you will be teetering on the fine line between actual adulthood and clutching on desperately to your youth.

2. Because you’re now in your late 20s, your parents start to treat you more like an GULP adult. Even if you’ve been paying your own way since forever, maybe you both secretly knew deep down that, in case of a huge emergency, asking them for help wasn’t off-limits. But, when 28 hits, it’s no longer an option.

3. You just feel old(er). There’s something about the curvy lines of the number “8” that cast a darker and much more serious shadow over things. You’ll still go out to popular nightlife establishments, but you will be internally ashamed about your age the entire time you’re there. And the horror if someone is to ask you how old you are! Being 26 in a nightclub is vastly different. Probably because you’re still in your mid-20s and because the shape of the number “6” is naturally fun and loopy, so it makes you feel safe.

4. Everyone you know is getting engaged.

5. Everyone you know is getting married.

6. Almost everyone you know who is married, is pregnant.

7. Let’s face it – after graduation, no one’s never not getting married. Before your eyes, your Facebook feed turns into an endless stream of engagement announcements. And, unless you decide to cast yourself out of society, this parade of seemingly happy couples moving forward together won’t slow down until probably age 30. But there’s something about the specific age of 28 that lends itself to just being drowned in marriage announcements no matter where you turn. It’s either couples who have been together for 6+ years finally taking the plunge, or “real world” couples who met a few years ago and got super serious, super fast. Either way, it’s a single 28-year-old’s worst nightmare.

8. Being tw0 years away from 30 is a bleak reality to face. Four years is like no big deal, because that’s an entire university experience. But two? Two will soon be one, and then you’re 30. 20somethings are delusional in many ways, but one of the biggest is how we think, by 30, our entire lives should be figured out. Married, babies, dream job, bla bla bla – all by 30. It’s a subtle attitude we all have that wants to scream, “30 OR BUST!” But, the closer you inch toward that milestone birthday, the more you realize what a total crock of shit all that is. And how you couldn’t be further away from having it all figured out if you tried.

9. Going back to one of the first points I made, being 28 is like being a brand new, beginner’s level gymnast, perilously seesawing between “real” adulthood and (what feel like) the last crumbs of your true youth. Half of you feels an enormous pressure to fully grow-up, while the other half of you is crippled by the notion of doing so. On one hand, you are sort of ready to get serious about love, career, and overall responsibility. On the other hand, you just want to continue making out at random, dating idiots, and generally freaking the fuck out over the future. Every day you wake up, there’s no telling which of these two ideals your mood is going t”
― joseph ejiro
tags: being-28, birthday, life, life-lessons
53 likes

Polls voted on by Jo