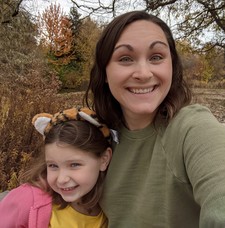 This will prevent Kasey from sending you messages, friend request or from viewing your profile. They will not be notified. Comments on discussion boards from them will be hidden by default.
Sign in to Goodreads to learn more about Kasey.

Kasey is currently reading
The Highly Sensitive Child: Helping Our Children Thrive When the World Overwhelms Them
by Elaine N. Aron
bookshelves: currently-reading

“Yes, Smoke told him reluctantly, Lucivar had cried. Heart pain. Caught-in-a-trap pain. The Lady had petted and petted, sung and sung. It had been more than a dream, then. In one of the dreamscapes Black Widows spun so well, Jaenelle had met the boy he had been and had drawn the poison from the soul wound. He had wept for the boy, for the things he hadn’t been allowed to do, for the things he hadn’t been allowed to be. But he didn’t weep for the man he’d become.

“Ah, Lucivar,” she’d said regretfully as they’d walked through the dreamscape. “I can heal the scars on your body, but I can’t heal the scars of the soul. Not yours, not mine. You have to learn to live with them. You have to choose to live beyond them.”
― Anne Bishop, Heir to the Shadows

“He wrapped his hand around the back of her neck and massaged gently. “Listen to me, Cat, because I’ll only say this once. You’re the finest Lady I’ve ever met and the dearest friend I’ve ever had. Besides that, I love you like a brother, and any bastard who hurts my little sister is going to answer to me.”
― Anne Bishop, Heir to the Shadows
10 likes

“It’s a romantic novel,” Jaenelle said in a small voice as he called in his half-moon glasses and started idly flipping the pages. “A couple of women in a bookseller’s shop kept talking about it.” Romance. Passion. Sex. He suppressed—barely—the urge to leap to his feet and twirl her around the room. A sign of emotional healing? Please, sweet Darkness, please let it be a sign of healing.”
― Anne Bishop, Heir to the Shadows
9 likes

“Let people feel the weight of who you really are, and let them fucking deal with it.”
― Tarryn Fisher, F*ck Love
258 likes

“He brought his other foot to the ground and gingerly tested his ankle. It would be a little sore, but it was still sound. He kept his back half turned from her as he ground his teeth, waiting for the insolent giggle he’d heard in so many other courts when he’d been maneuvered into looking foolish. He was furious for failing, furious because of the sudden despair he felt that she would think him an inadequate companion. He had forgotten that Jaenelle was Jaenelle. “I’m sorry, Daemon,” said a wavering, whispery voice behind him. “I’m sorry. Are you hurt?”

“Only my pride,” Daemon said as he turned around, his lips set in a rueful smile.

“Lady?” Then, alarmed. “Lady! Jaenelle, no, darling, don’t cry.” He gathered her into his arms while her shoulders shuddered with the effort not to make a sound. “Don’t cry,” Daemon crooned as he stroked her hair. “Please don’t cry. I’m not hurt. Honestly I’m not.” Since her face was buried against his chest, he allowed himself a pained smile as he kissed her hair. “I guess I’m too much of a grown-up to learn magic.”

“No, you’re not,” Jaenelle said, pushing away from him and scrubbing the tears off her face with the backs of her hands. “I’ve just never tried to explain it to anyone before.”

“Well, there you are,” he said too brightly. “If you’ve never shown anyone—” “Oh, I’ve shown lots of my other friends,” Jaenelle said brusquely. “I’ve just never tried to explain it.” Daemon was puzzled. “How did you show them?” Instantly he felt her pull away from him. Not physically—she hadn’t moved—but within. Jaenelle glanced at him nervously before ducking behind her veil of hair. “I…touched…them so they could understand.”
― Anne Bishop, Daughter of the Blood

Michelle Hodkin
author of: The Unbecoming of Mara Dyer

Polls voted on by Kasey