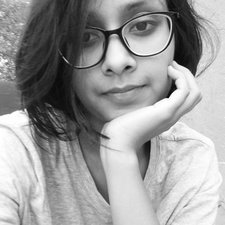 This will prevent Sukanya from sending you messages, friend request or from viewing your profile. They will not be notified. Comments on discussion boards from them will be hidden by default.
Sign in to Goodreads to learn more about Sukanya.

“Arabs, for example, are thought of as camel-riding, terroristic, hook-nosed, venal lechers whose undeserved wealth is an affront to real civilization. Always there lurks the assumption that although the Western consumer belongs to a numerical minority, he is entitled either to own or to expend (or both) the majority of the world resources. Why? Because he, unlike the Oriental, is a true human being.”
― Edward W. Said, Orientalism
19 likes

Sukanya hasn't connected with their friends on Goodreads, yet.

Polls voted on by Sukanya