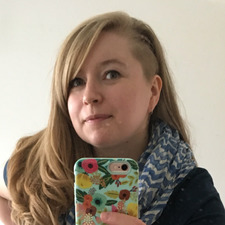 This will prevent Meggan from sending you messages, friend request or from viewing your profile. They will not be notified. Comments on discussion boards from them will be hidden by default.
Sign in to Goodreads to learn more about Meggan.

Golden Fool (Tawny Man, #2) by Robin Hobb
2 highlights
A burden shared not only can lighten it; it can form a bond between those who share it. So that no one is left to bear it alone.”
See Meggan’s 30 books with notes and highlights…

“In the end anti-black, anti-female, and all forms of discrimination are equivalent to the same thing: anti-humanism.”
― Shirley Chisholm
52 likes

Joseph Delaney
author of: Revenge of the Witch
More…

Polls voted on by Meggan