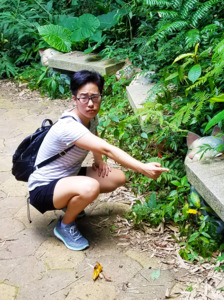 “Cats were often familiars to workers of magic because to anyone used to wrestling with self-willed, wayward, devious magic—which was what all magic was—it was rather soothing to have all the same qualities wrapped up in a small, furry, generally attractive bundle that looked more or less the same from day to day and might, if it were in a good mood, sit on your knee and purr. Magic never sat on anybody’s knee and purred.”
― Robin McKinley, Spindle's End
tags: cats, humor, magic, purring
81 likes

“Name one hero who was happy.”
― Madeline Miller, The Song of Achilles
tags: heroes
893 likes

“Your amoral ingenuity in the pursuit of your interest is perfectly shocking,” said Zacharias severely. “Yes, isn’t it?” said Prunella, pleased.”
― Zen Cho, Sorcerer to the Crown
32 likes

“I never tell them about our lives. You know why? It is not because I am ashamed. It is because some things are just good, too good to be judged.”
― Alice Pung, Laurinda
16 likes