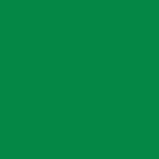 This will prevent Aaro from sending you messages, friend request or from viewing your profile. They will not be notified. Comments on discussion boards from them will be hidden by default.
Sign in to Goodreads to learn more about Aaro.

See all 4 books that Aaro is reading…

“I am persuaded that feminism is not at the root of political correctness. The actual source is much nastier and dares not speak its name, which is simply hatred for old people. The question of domination between men and women is relatively secondary—important but still secondary—compared to what I tried to capture in this novel, which is that we are now trapped in a world of kids. Old kids. The disappearance of patrimonial transmission means that an old guy today is just a useless ruin. The thing we value most of all is youth, which means that life automatically becomes depressing, because life consists, on the whole, of getting old.”
― Michel Houellebecq
tags: aging
46 likes

Aaro hasn't connected with his friends on Goodreads, yet.

Polls voted on by Aaro